15 Games Like Roblox To Play With Friends [Free Alternatives 2021]

by The Professor • Last Updated January 15, 2022
Table Of Contents

Hey everyone are you looking for a Roblox game alternative? If yes then you have landed in the right place here you will get every information regarding Roblox alternatives. The freedom, tools, and depth that a game offers remain important factors as far as a game’s long-term prospects are concerned. Gamers are encouraged to be creative and to explore their imagination through gaming. Roblox is one such game that allows this.

Since 2005, ROBLOX has given players the resources to create and share their own games within its games. For those who are not satisfied with ROBLOX, here are 15 games similar to it that offer the same level of freedom, while letting their imaginations run wild.

Playing games on Roblox is possible via their online platform and storefront. There aren’t any games on Roblox, but instead, people are able to play games developed by others. Therefore, it is like the PC platform Steam, and not like other online games for children.

As opposed to other games in the industry, Roblox users create all its games. The fun at Roblox isn’t just playing games, it’s making games as well. Games are not formally developed by Roblox Corporation, but by Roblox users. At present, the platform has hosted over 20 million games published by its users. 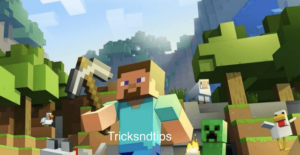 There are a number of active and large communities available for Minecraft.

Although the game’s graphics are low quality, it features well-developed environments, such as caves, water bodies, forests, and more.

The game consists of exploring the environment and completing specific tasks as you walk around.

Zombie, spider, and other harmful creatures may attack you on your way. It is therefore wise to carry weapons.

Roblox is a popular game similar to Minecraft available on many platforms and it currently ranks among the top games like it.

Try out KoGaMa if you’re looking for a free Roblox alternative.

Like Roblox and Minecraft, this 3D browser game can be considered as one of the most addictive games.

Playing with your friends online is easy since Jocuri KoGaMa contains a multiplayer mode.

Play titles designed by others or create your own according to your preferences.

Also read: How To Play Roblox On Chromebook in 2021

In addition to many aspects, Fortnite and Roblox share many features.

The building is free-form in this game, making it a similar online game to Roblox.

The gameplay and graphics in Fortnite are definitely much better than many other popular games like Roblox.

Currently, three Fortnite games are available: Save the World, Battle Royale, and Creative. Roblox-like gameplay is provided by the last game in the group.

With Fortnite Creative, you can create a world and battle arena on your own island. Several unofficial games are available, including racing games. 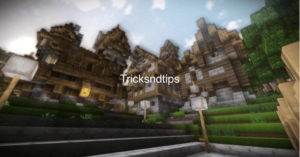 Terrasology is a game similar to Roblox that is open-source. Minecraft and Roblox have been incorporated into this 3D game.

Leveling up requires battles, survival, and various adventures to complete.

In addition, players can create custom worlds in the game, as well as view those that other players have made.

With subsequent updates, Terasology will have many more features.

The similarities between Minecraft and Terasology will make Minecraft gamers feel right at home. 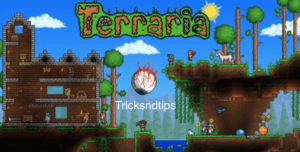 Terraria is an engaging sandbox-style game that is available on the PC, MAC, Linux, Android, and iOS platforms.

There are a large number of missions to complete and an enormous environment to explore in Terraria.

There’s nothing more creative than young gamers. This building mode is designed with them in mind. It’s been over a decade since Terraria was released, and the game has developed a large community over the years.

By gathering raw materials and crafting goods using them you can move up the levels. Using the newly crafted items will speed up your mission completion. 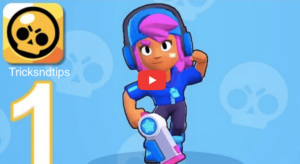 Those who liked Roblox on their Android or iOS phones might enjoy Brawl Stars.

Several different Super abilities, Star Powers, and Gadgets are available in this online multiplayer mobile game, allowing you to upgrade your brawler while doing so.

This game also hosts a number of special events.

Creating a winning strategy is imperative to winning matches in Brawl Stars. Additionally, you can download and play Brawl Stars for free. 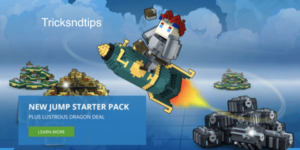 Trove is an excellent combination of MMORPG and Sandbox genres. Gamers can discover, explore, and embark on thrilling adventures in Roblox, which has a game-like interface.

Aside from building your own home, players are even able to select from different classes of gameplay, such as Knight and Dracolite.

Trove’s customizing capabilities are another major highlight. For Xbox One, PlayStation 4, and Windows, Trove is available.

Roblox on steroids is how you might describe Garry’s Mod. The gameplay is excellent, with great graphics and impressive physics.

Garry’s Mod has no objective, unlike the other similar online games on the list.

There are plenty of options in this game, including the ability to spawn numerous objects.

Further, these objects can be combined to produce new weapons, environments, and vehicles. You can drive around or fly using your creations to explore the world.

In addition to multiplayer gameplay, Garry’s Mod also allows gamers to communicate with each other. At first, Garry’s Mod was meant to be a Half-Life 2 mod, but later it evolved into something unique.

The overall sandbox environment of CastleMiner Z appears to be inspired by Minecraft.

In order to increase your chances of survival, you should make weapons and use them to fight monsters.

Like Roblox, CastleMiner Z has a creative mode. It allows you to build unique structures with a variety of blocks and to save your creations.

Currently, CastleMiner Z is available only for Windows computers, and it costs $3.99 to rent.

The Blockheads is an independent sandbox survival video game available for Android and iOS smartphones.

The 2D title lets players explore, mine, craft, and build. As part of regular software updates, new features and content are added to the game.

With The Blockheads, you can even explore different weather conditions and seasons from different vantage points.

You are likely to encounter real-life situations such as cold weather during the night while playing The Blockheads. The only way to survive in such a condition is to create a campfire from the resources you have collected. 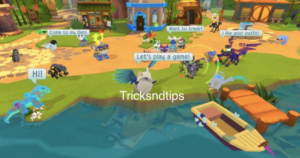 A unique online game like Roblox, Animal Jam does not require any downloads.

A lot of Animal Jam’s games are similar to those on Roblox, but there is one significant difference.

Although it initially seems like Animal Jam is developed for young children, once you start playing it, it becomes interesting. There are safe chat standards for children, and animals can be customized.

As part of the National Geographic Society’s partnership, the game was launched in 2010. 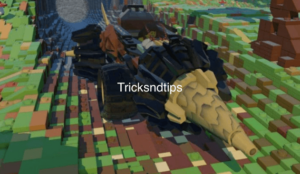 By playing Lego Worlds, you can realize your childhood dream of owning unlimited Lego blocks.

In this game, the entire world is constructed out of LEGO bricks. Sandbox games let players create whatever they like.

Lego Worlds retails for $29.99 on Windows, Xbox One, PlayStation 4, and Nintendo Switch. 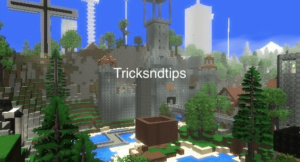 Those who played Roblox for its building aspects will find Mythruna to be an ideal match. Playing Mythruna, you get to experience a lot of building and craftsmanship.

Additionally, Mythruna features small role-playing gameplay. Depending on how each player chooses to proceed, a unique narrative will unfold.

You can try out the latest version of the game for free right now. However, it is still under development. This app runs on Windows, Mac, and Linux. 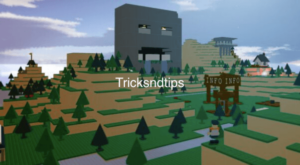 Building and exploring environments are among the features of Brickland, like Lego Worlds. Sandbox game features single-player and multiplayer modes.

The multiplayer game Blockland is different from Lego Worlds. This is one of the older Roblox alternatives due to its 2007 release date.

On our list of free building and exploration games, Creativerse is the best game. Sandbox survival game offers a wide range of environments for you to explore, and as you play, you’ll come into contact with a variety of high-quality flora and fauna.

The game can either be played with friends or on public servers, depending on your preference. Graphically, CreativeRse trumps Roblox by a wide margin.

On PCs and Macs, you can play Creativerse.

Ques. What does Roblox have in common with it?

Ans. On this list, we’ve listed many games like Roblox. Accordingly, Minecraft is one of the top alternatives to Roblox.

Ques. What games are better than Roblox?

Ans. Whether you prefer Roblox or another game depends on your own personal preference. In terms of depth, Minecraft is better than Roblox on many fronts and offers more to players.

Ans. Among the most played Roblox games in 2021, MeepCity remains the most popular.

Ans. There are no viruses in Roblox now. It’s a game.

Ques. What is the optimal age for children to play Roblox?

Ans. The two games are both suitable for younger audiences.

In this article, we had tried to provide you Roblox game alternative we hope that you would like the article and if you face any query make sure to comment below we would be happy to serve you. 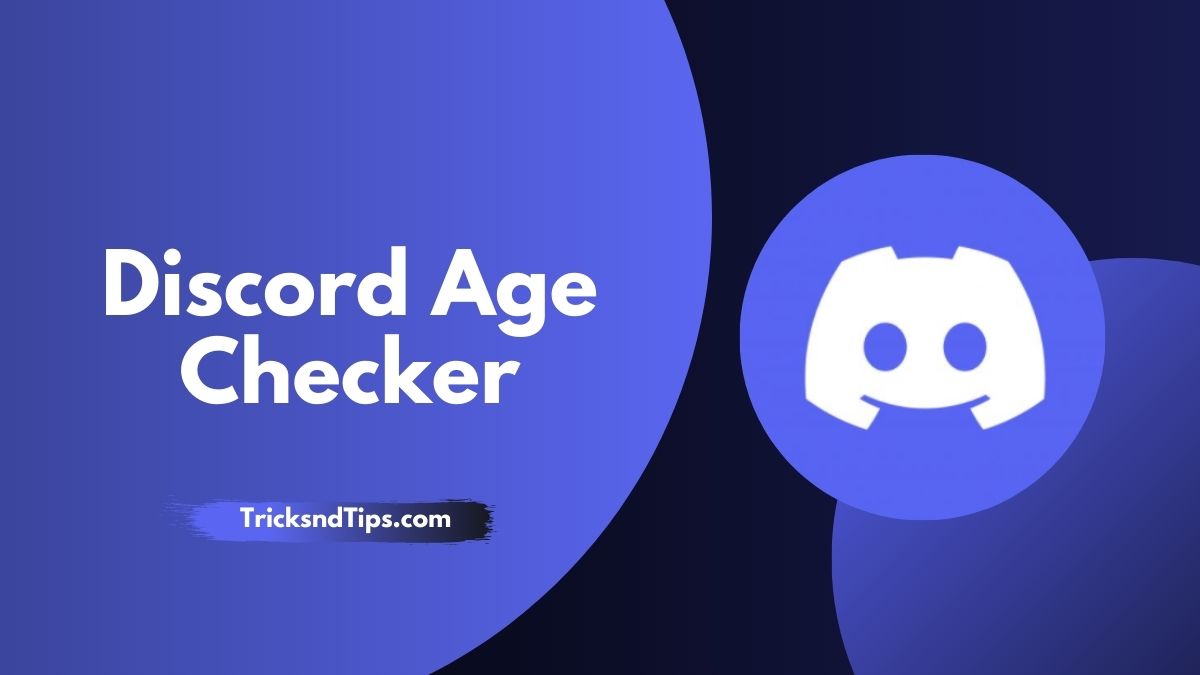 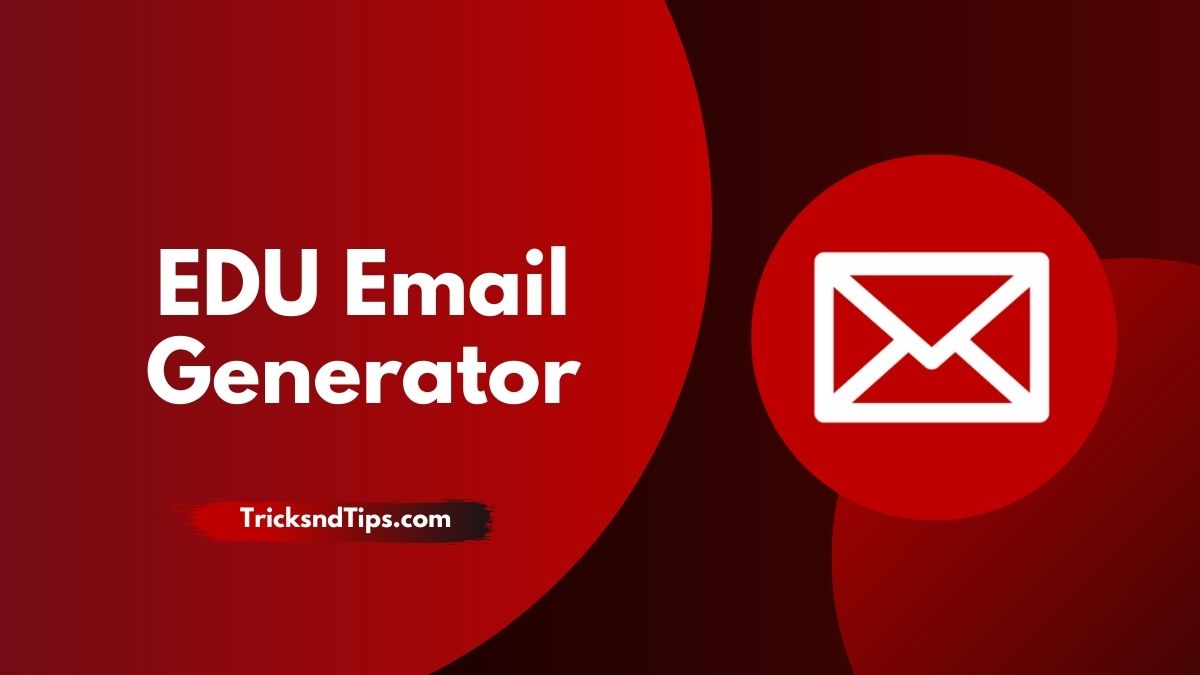 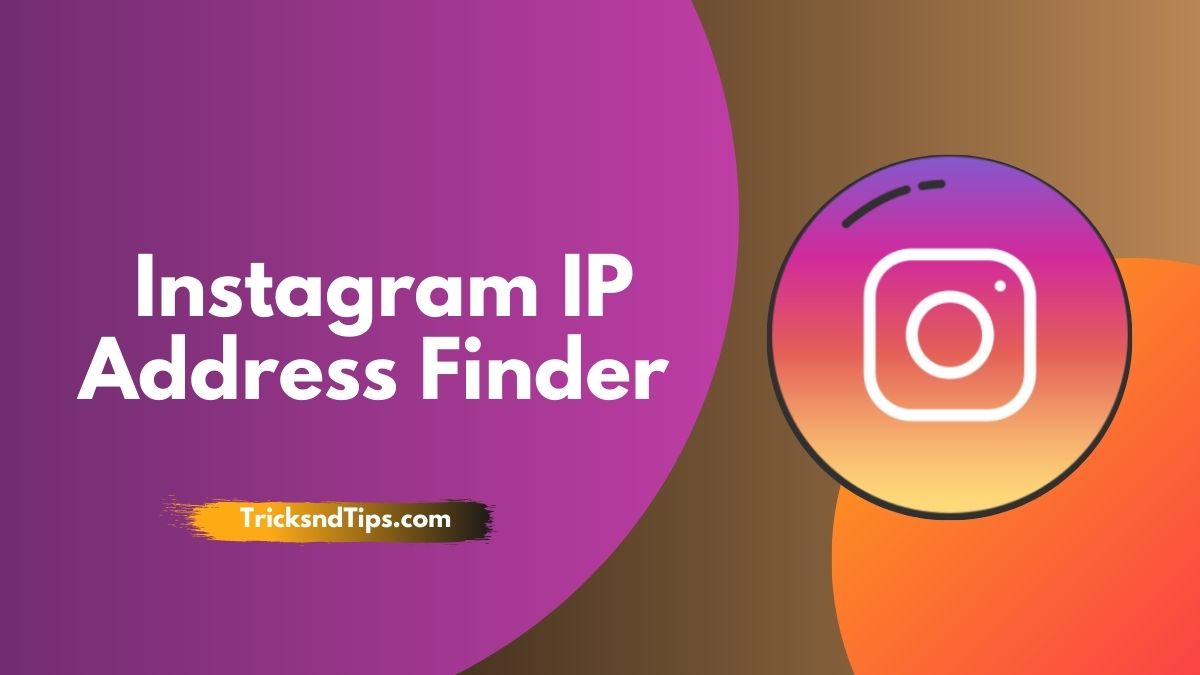 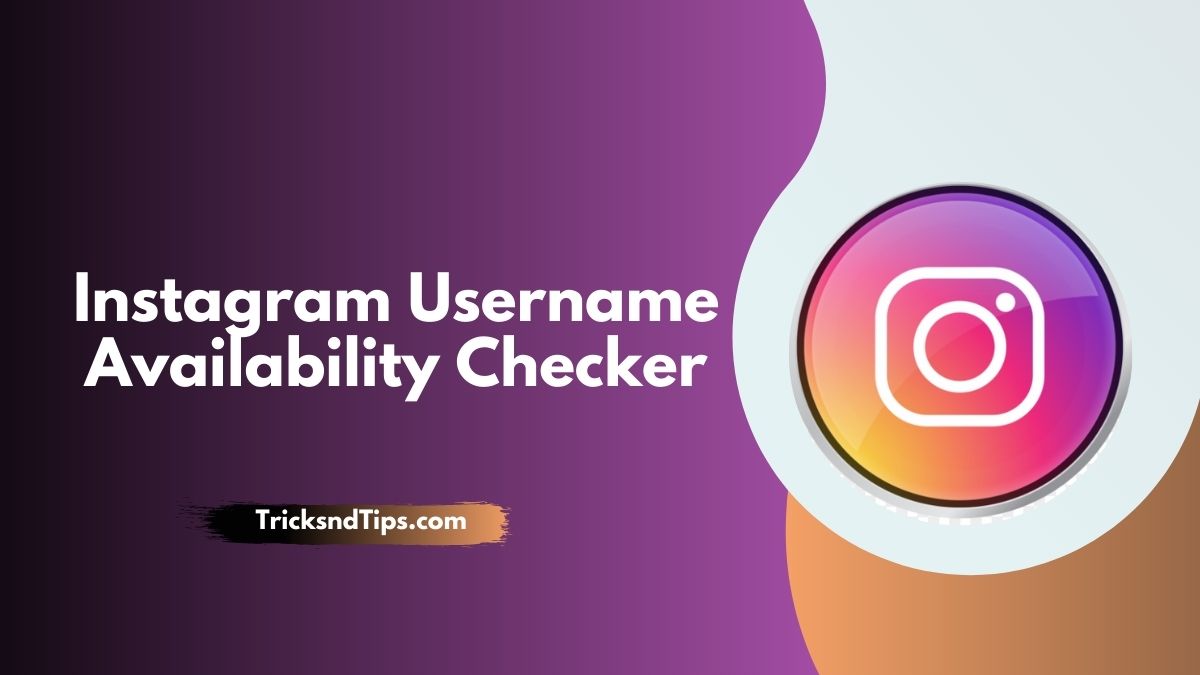 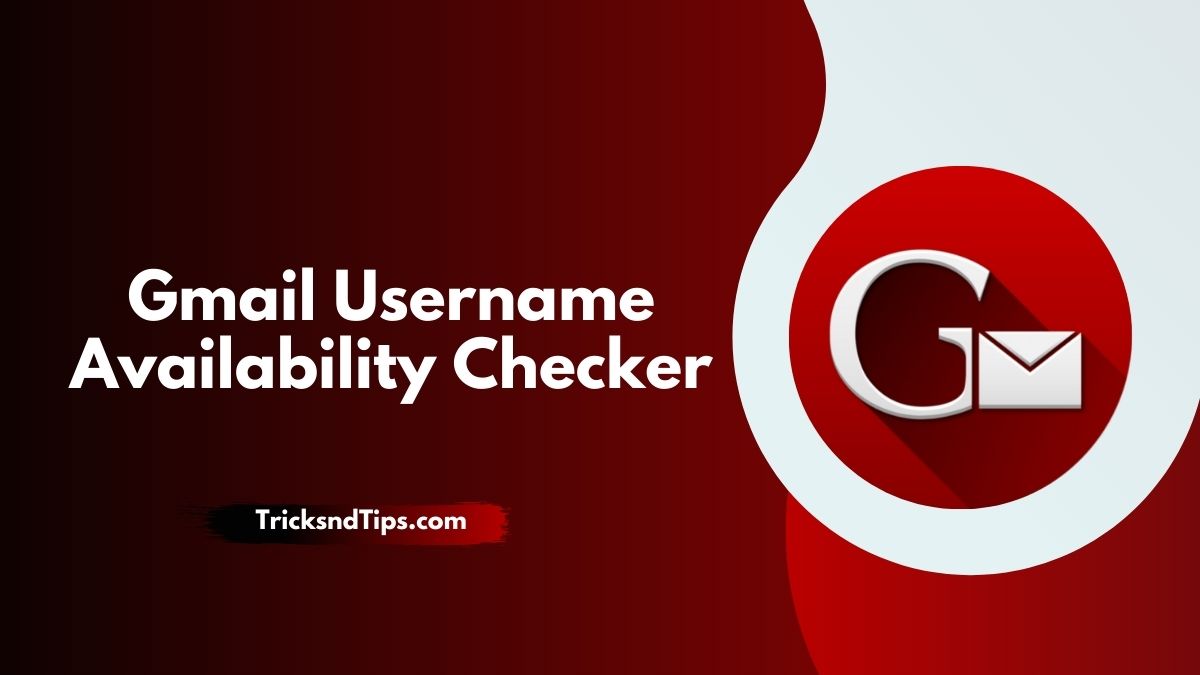 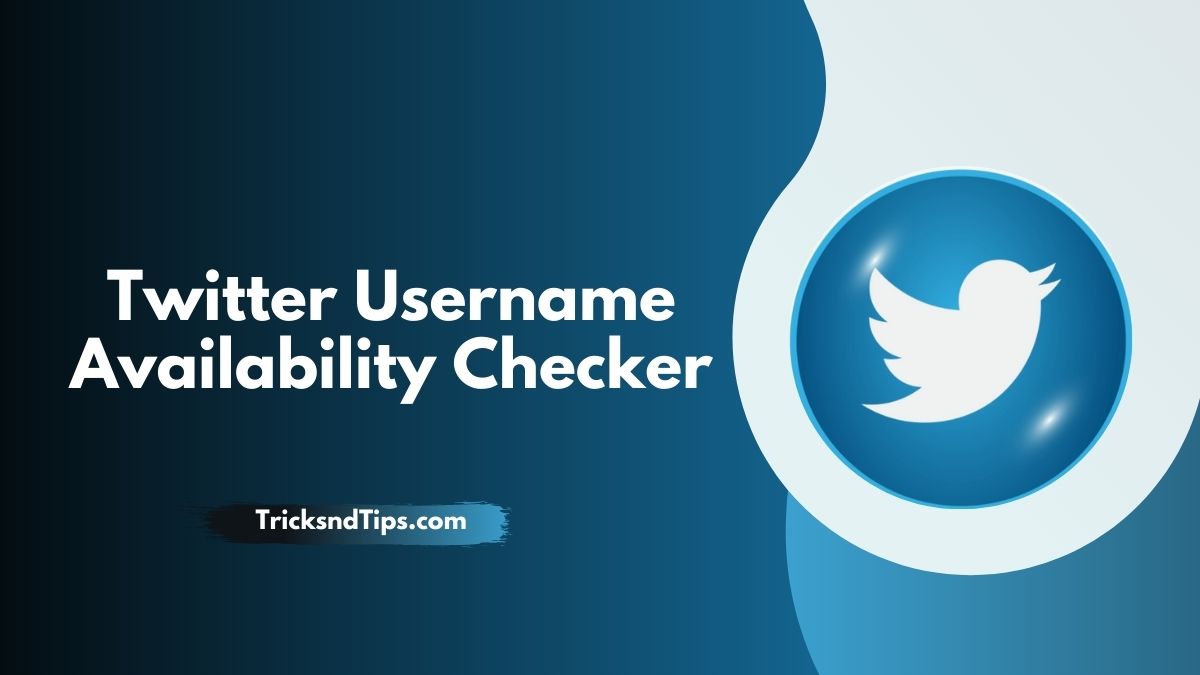